The knee consists of three main bones: the femur in the thigh, the tibia in the leg and the patella (kneecap) in front. Between the femur and tibia, there are two crescent-shaped fibrocartilaginous structures called menisci. There is one internal or medial and one external or lateral. Among its functions, cushioning weight like a pillow and providing stability to the knee standout.

How are menisci are torn?

Meniscal tears frequently occur in sports like football, basketball, tennis or skiing. Still, it is a condition that can occur at any time of life. It can come about with very low energy mechanisms in older patients.

Meniscal pathology and its treatment is one of the areas that stimulates great scientific activity within Equilae. A meniscal injury is one of the most common knee injuries.

Younger people often injure the menisci practicing sports. Here are some of the main causes that can lead to injury.

• A sudden change of direction (a turn).
• A crouch or forced flexion.
• Incorrect fall after a jump.
• Less frequently, a direct hit.

Older people often suffer from degenerative tears. These are generated after small unfortunate movements on a previously worn meniscus, or simply use over the years.

Patients usually report the onset of pain after carrying out a movement with greater or lesser energy. In the succeeding days, this pain may be accompanied by other symptoms such as those described below.

By performing different maneuvers during the physical examination, the presence of pain in the articular interline, internal and/or external, stands out.

Performing X-ray does not allow for visualization of the menisci directly, but indirect signs of injury may be apparent. On the other hand, they provide information on the conservation status of the joint and limb alignment.

It is the quintessential study to evaluate the menisci and identify the characteristics of the injury. It also permits the evaluation of associated ligament injuries, the articular cartilage, etc.

The treatment is decided on depending on the patient’s symptoms and the characteristics of the injury. Initially, conservative treatment should be considered, non-surgical using anti-inflammatory therapies and rehabilitation. Fundamentally. this is so in those patients where the pain is infrequent and does significantly not affect the activities of daily life.

The treatment is decided on depending on the patient’s symptoms and the characteristics of the injury.

In cases where conservative treatment fails or when pain and disability affect the quality of life of patients, surgical intervention, which will be adapted to the type of failure and the need for each patient, will be called for.

During arthroscopy and before proceeding to the specific meniscal treatment, a systematic review of the entire joint is performed. Subsequently, depending on each case, one of the following interventions performed.

The damaged meniscal tissue is resected up to obtaining a stable remnant meniscus. Conservation of the greatest possible quality of tissue for short and long-term knee evolution is essential. 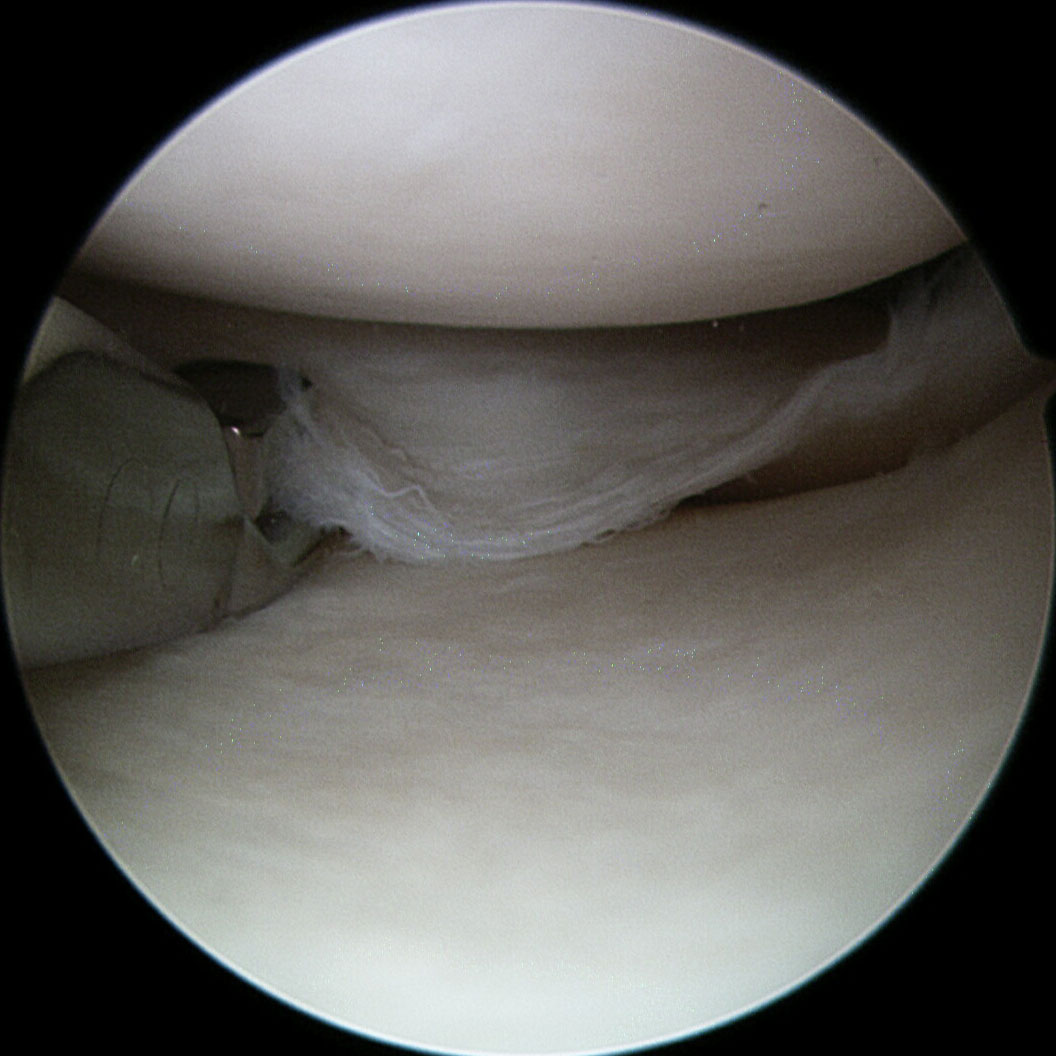 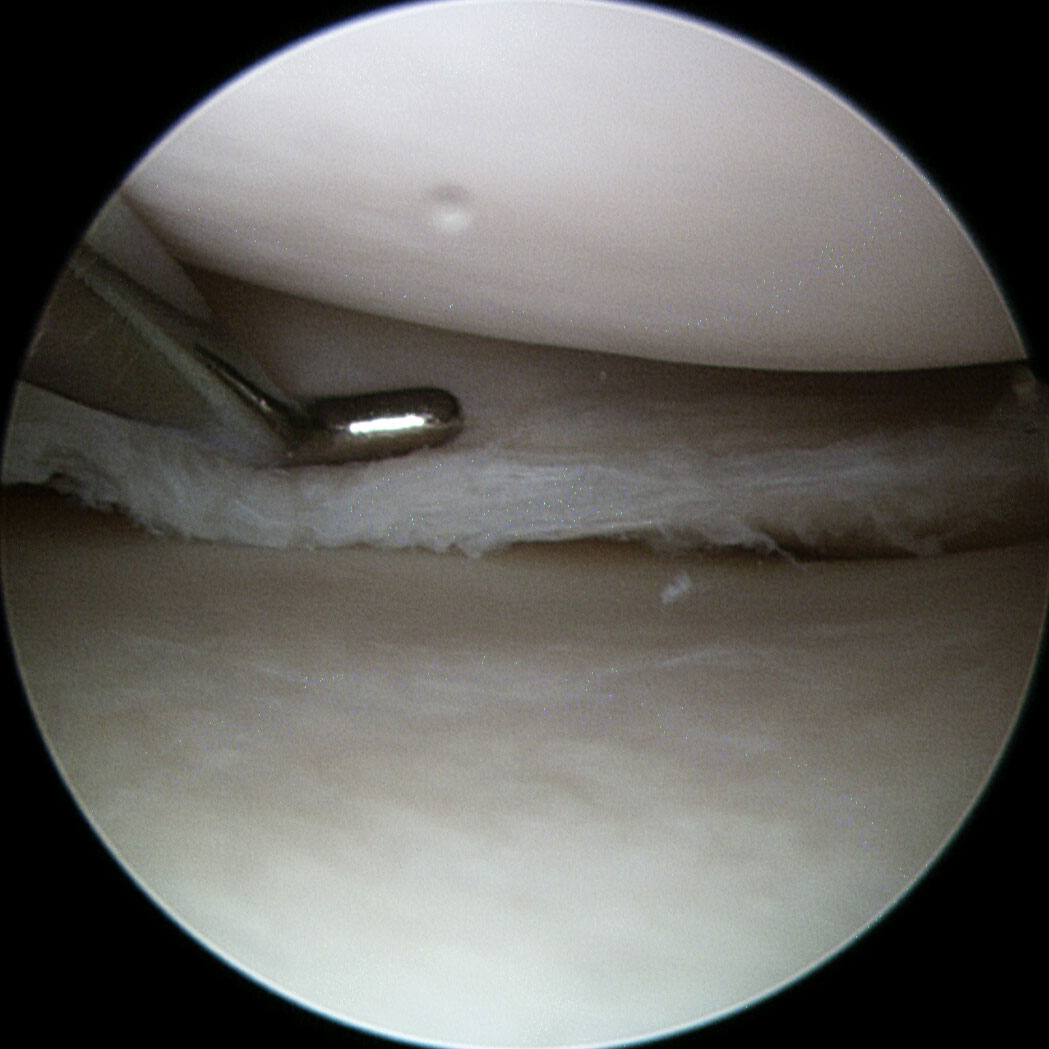 It should be performed whenever possible and will depend on factors such as the patient’s age and the location, size and age of the tear. There are different meniscal suturing techniques. Choose according to the characteristics and location of the injury. 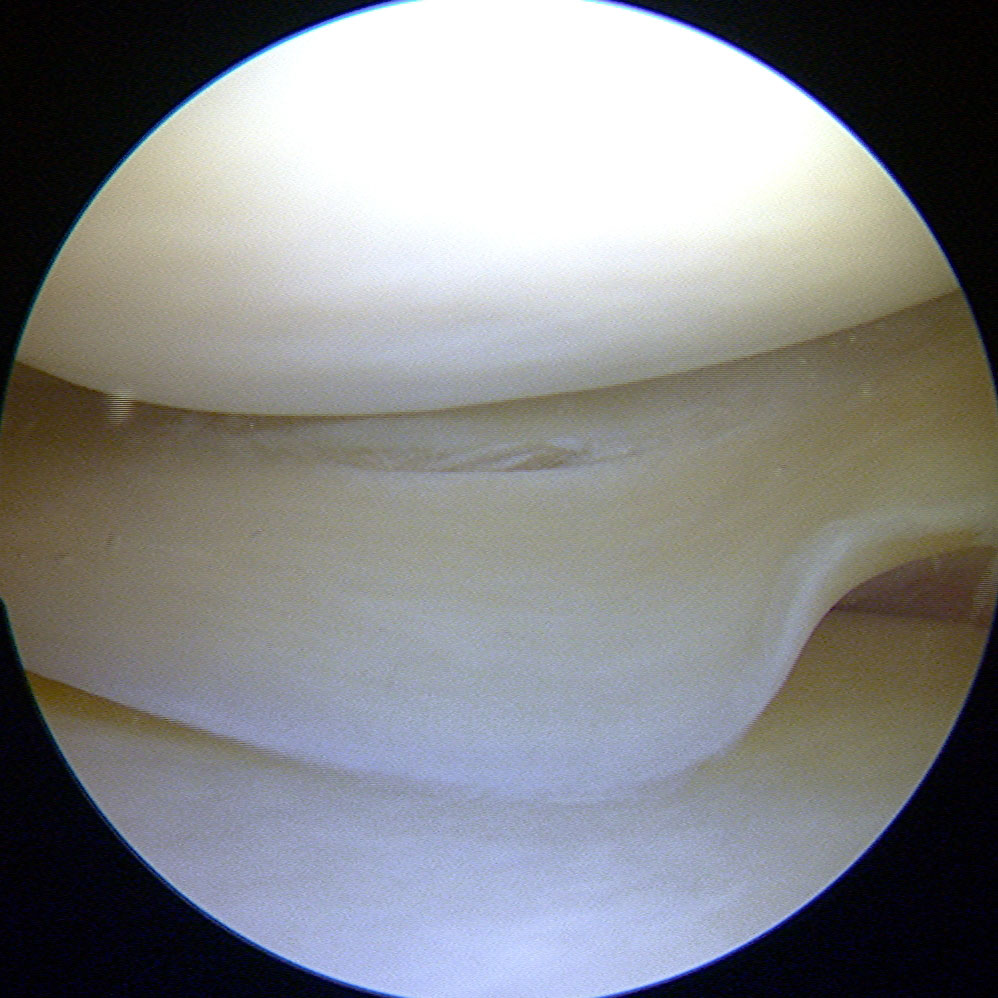 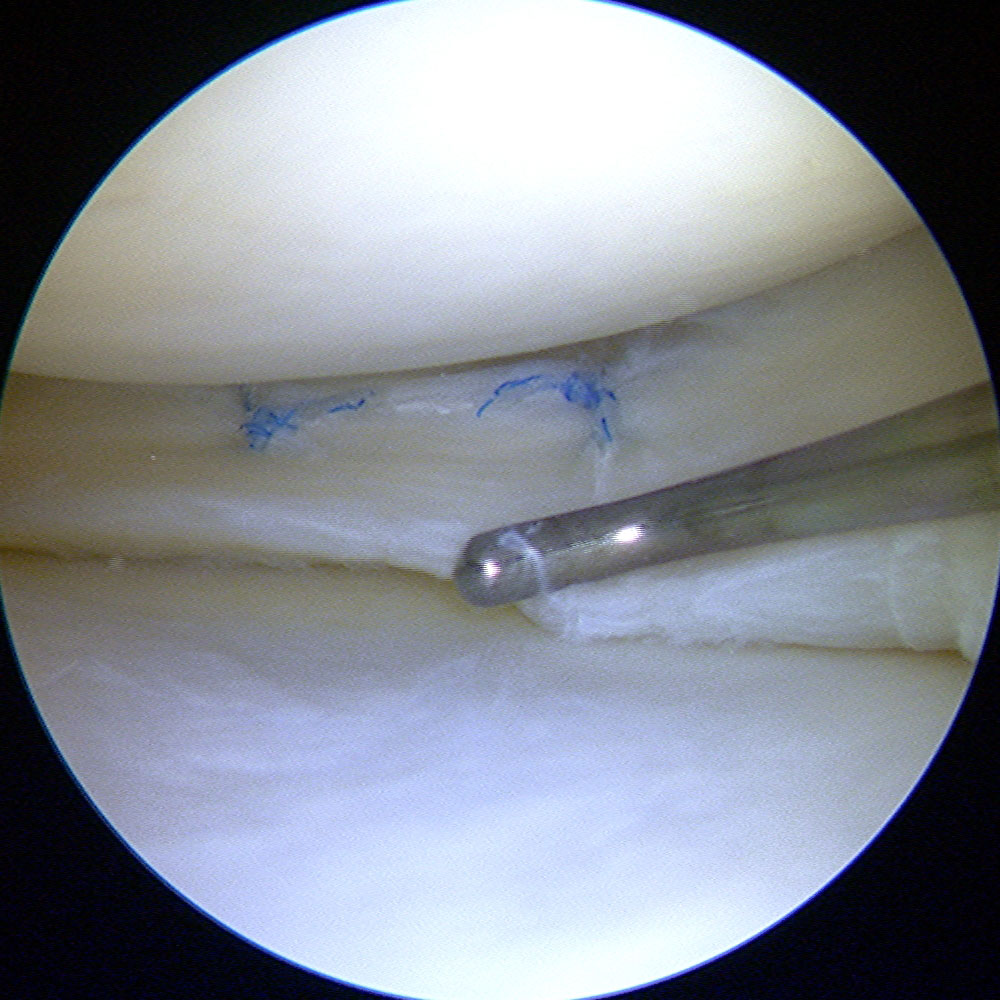 After a partial meniscectomy, with the passage of time (months or years), pain in the area where it was necessary to remove part of the meniscus may arise. This is called “postmeniscectomy syndrome.” Depending on the general state of the joint and the existing meniscal remnant, a meniscal replacement can be performed in order to achieve a decrease in pain. In these cases, different types of synthetic implants are used. 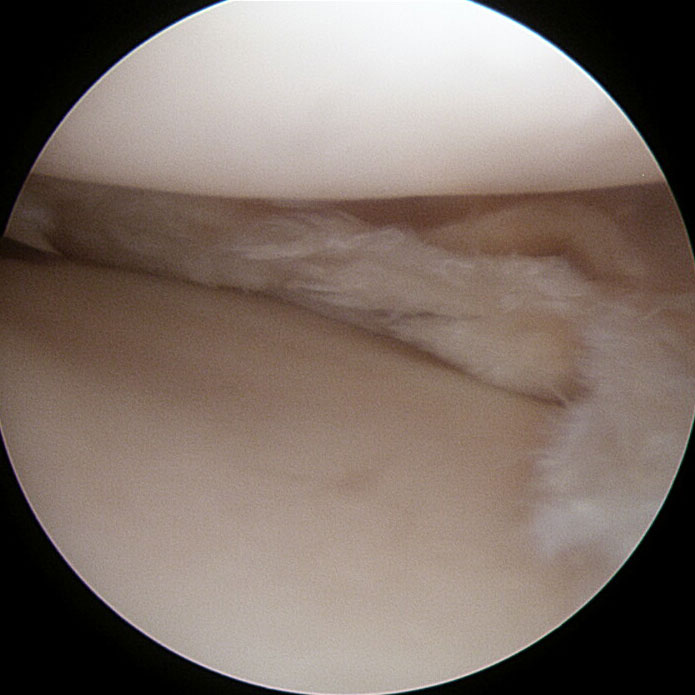 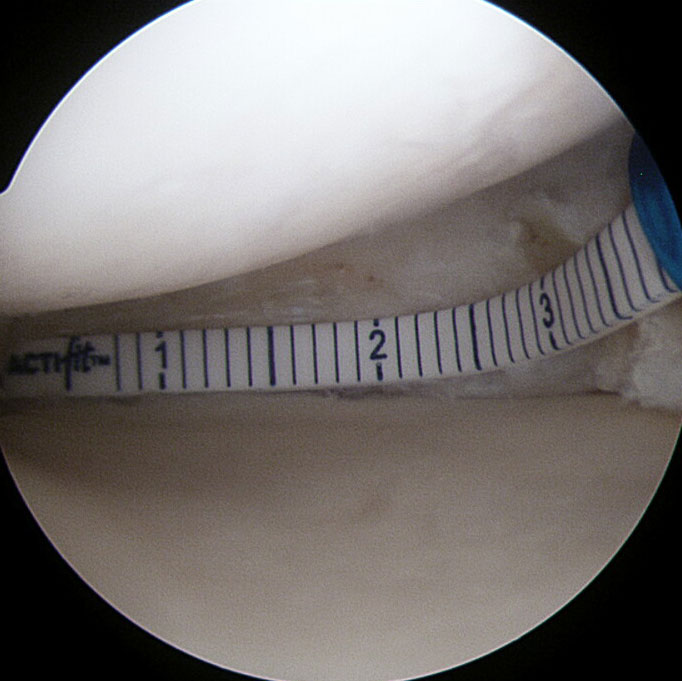 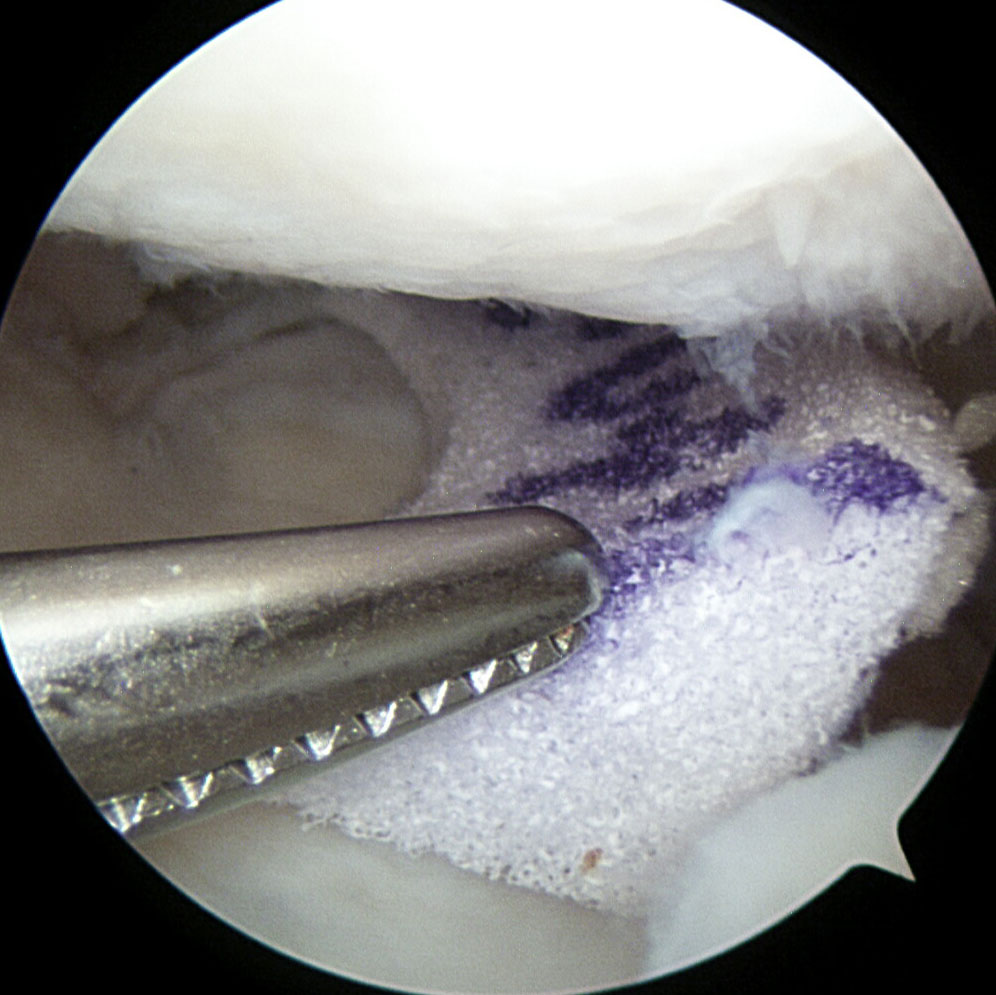 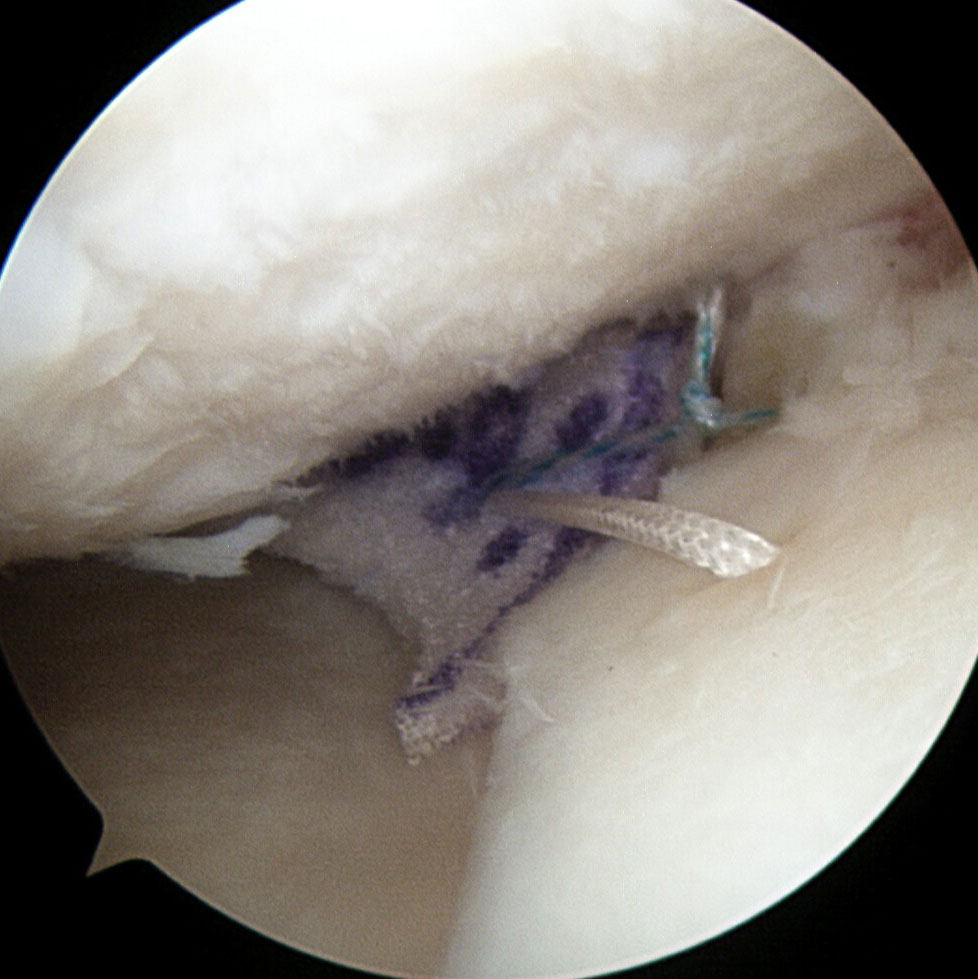 It is the therapeutic option used to treat “postmeniscectomy syndrome” when the patient has previously undergone a complete meniscecotmy. In these cases, the tissue used for meniscal replacement, is from a tissue bank.

Biological therapies should be considered as one of the challenges of the present and the future. They are indicated in specific cases to promote healing.

Depending on the type of procedure carried out, the rehabilitation program will vary.

There is an initial step that is common to all surgeries, where the goal is to achieve a proper control of pain and inflammation by means of three actions.

•   Taking the analgesic and anti-inflammatory medication indicated at the time of discharge.

Having overcome the initial stage of controlling pain and inflammation, which for arthroscopic surgery can range from two to six days, the stage of rehabilitation specific for each type of surgery begins.

In cases of partial meniscectomy.

•   Isometric exercises for activation of the quadriceps.

In cases of meniscal (repair) suturing.

In the case of meniscal replacement or transplantation.

•   No weight-bearing, use of crutches and splinted-knee extension until the third week, then progressive partial weight-bearing with crutches, without the splint until the sixth week.

Full extension with splint until the withdrawal of stitches (10-15 days), 0-60° flexion until the third week and 0-90° until the sixth week.